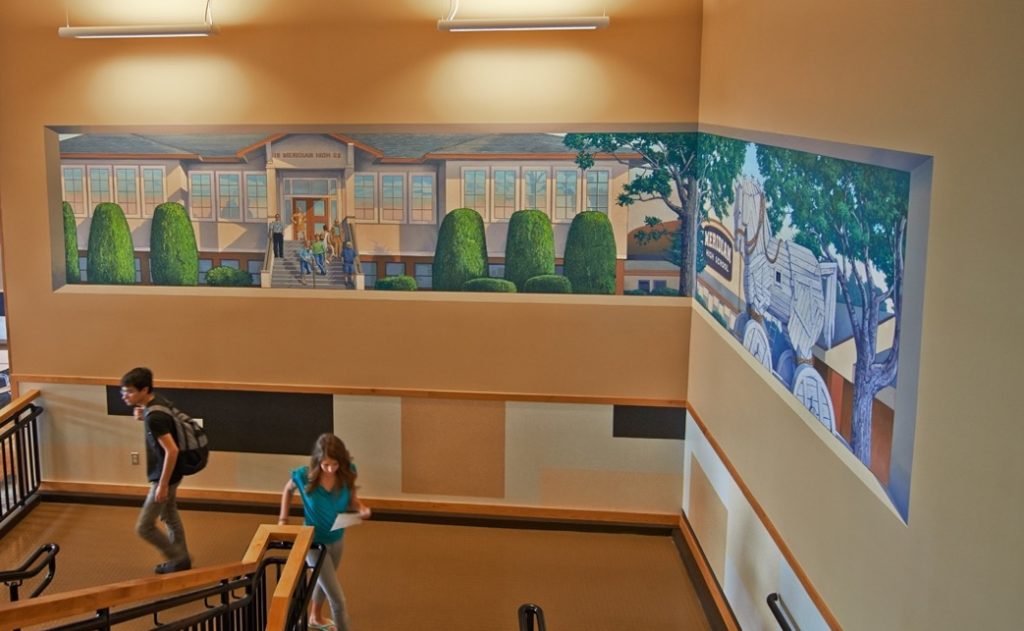 Our June 12th meeting features local artist John Wehrle, who will show images and talk about the murals and installations he has created over the past thirty-five years. Some of these are familiar as local landmarks, some are monumental statements on bridges and freeways, others have yielded to weather and urban renewal.

Paintings from his experience as leader of the first “combat artist” team sent to cover the war in Vietnam are in the permanent collection of the Military Historical Division at the Pentagon, and were featured in a major exhibition of Army Art at the National Constitution Center in Philadelphia, 2011.

His more recent work has been exhibited at several local venues as well as the DeYoung Museum, featured in numerous books on murals and public art, and appeared in the film ”Mur Mur” by Agnes Varda.

Please click the link below to see a complete calendar of our events for the current year!

For further information about these programs, email us at ecartassociation@gmail.com